This week’s episode was just what I needed. Episode 856 was pretty much all Luffy versus Katakuri. We got to see a few funny moments, but more importantly, we got to learn more about Katakuri. 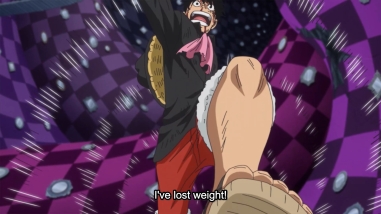 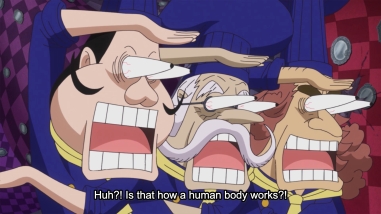 This episode starts out with Luffy buried under a few tons of Mochi. Luffy escapes by eating his way out and then he delivered this hilarious line: “What’s with the pirate battles in this place?! I have to eat something every time to win?!” I couldn’t stop laughing.  Luffy then proceeded to run away and then he came back having lost lots of weight. 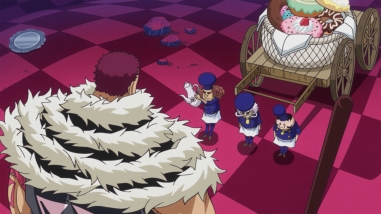 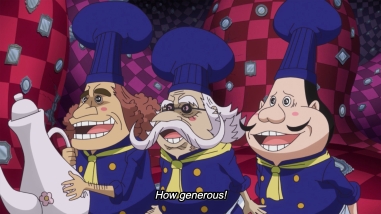 Meanwhile, Katakuri made his own little shrine to eat in. Some chefs brought him his donuts and tea. The fight with Luffy caused him to be 40 minutes late for his snack time though, so his tea got cold. The chefs were so sure they were going to be punished, but Katakuri was nice and calm and said he’d just have iced tea. 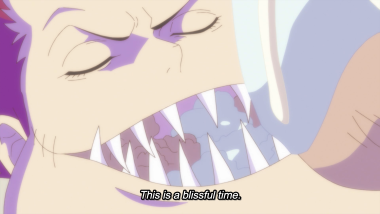 When Luffy bust into Katakuri’s shrine to continue the battle, we get our first look at Katakuri’s crazy looking mouth. Apparently, the scarf he wears over his mouth isn’t just for decoration — it’s to hide his mouth. He’s pretty self-conscious about it, that’s why he never lets anyone see him eat. Those poor chefs died for what they saw. It was pretty much all Luffy’s fault though; they weren’t trying to look.

After Katakuri had taken care of the Chefs, he turned his anger towards Luffy and the battle started again. This time Luffy actually managed to get in a solid hit on Katakuri. Then, all of a sudden, something clicks for Luffy and he says he figured out how Katakuri’s ability works. He goes Fourth Gear and proceeds to get to work. 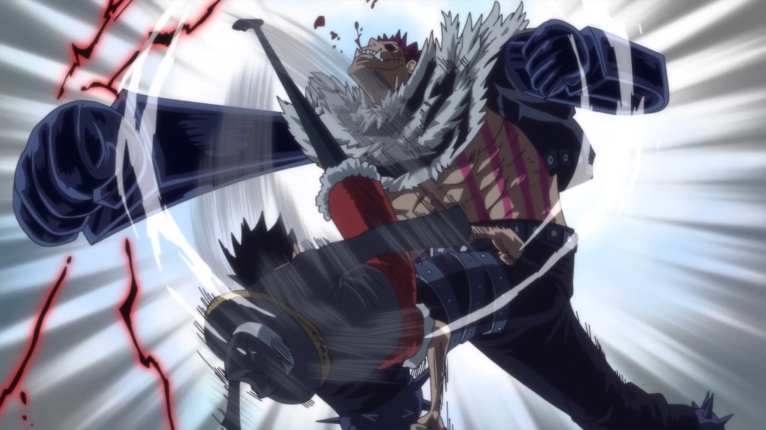 I love that Luffy didn’t get beat up all that time for nothing and actually managed to learn something. I also like that he didn’t waste his Fourth Gear by fighting an opponent he hadn’t figured out how to defeat yet. I’m really looking forward to next week.