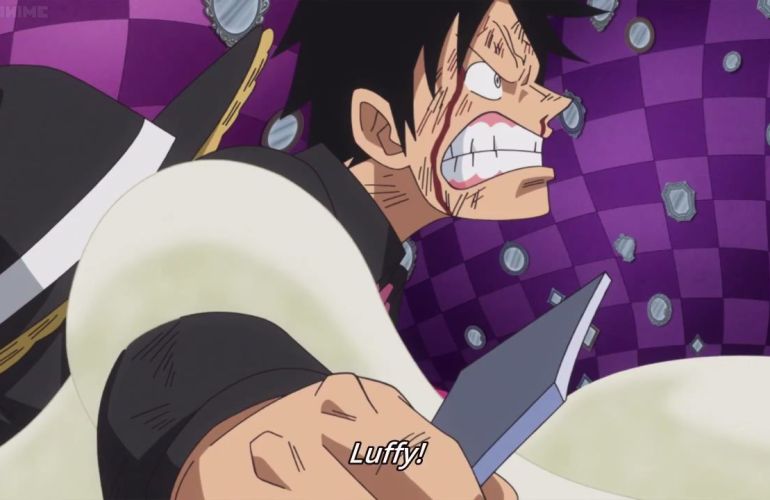 Another week another episode down. Not a lot really happened during this week’s episode so this will probably be my shortest One Piece post over. 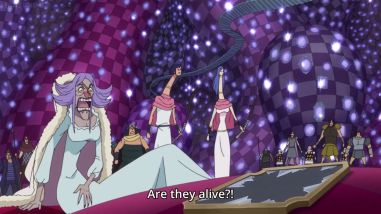 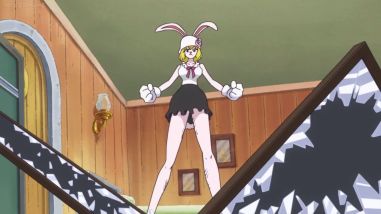 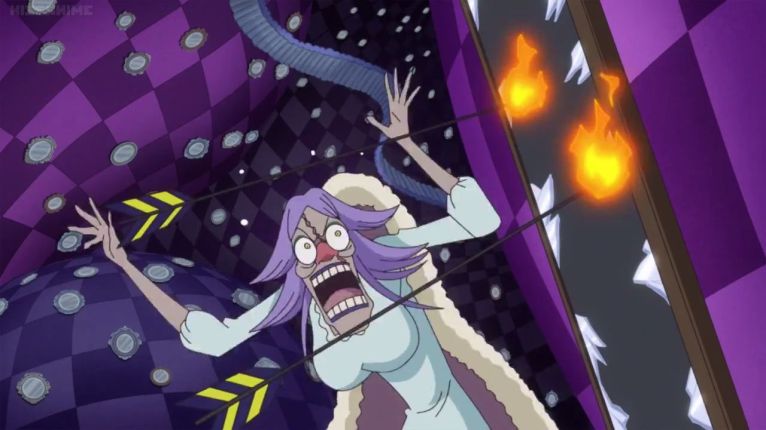 The episode starts out with Nami and the others finally destroying all of the mirrors on the ship like Luffy told them to at the beginning of the last episode. They break the other mirrors just in time because Brulee was about to send more flaming arrows their way. 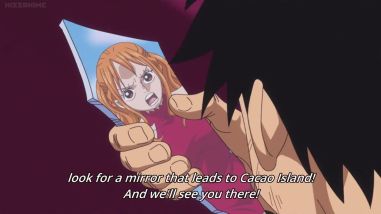 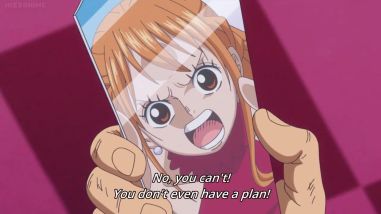 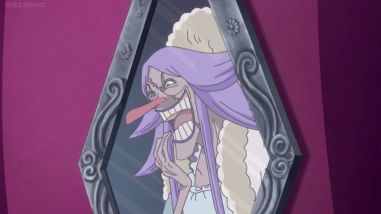 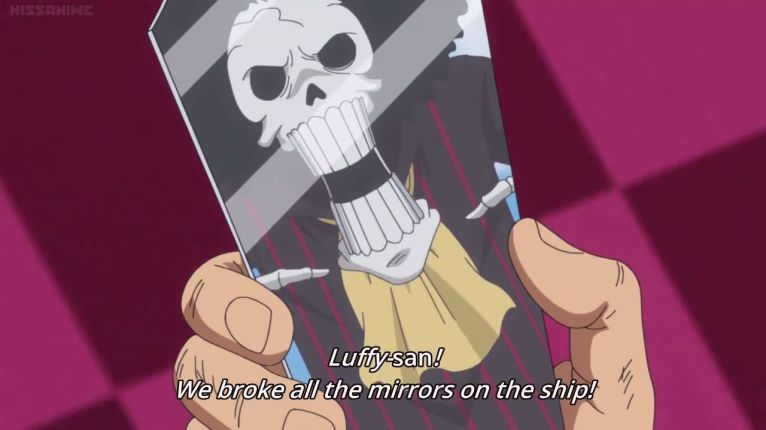 They contact Luffy through a broken piece of mirror and tell him they broke all of the mirrors so the enemy can’t come and attack them, but that also means he doesn’t have a way to get back on the ship. Luffy says he’ll come up with a plan but Nami doesn’t believe him and comes up with a plan for him. She tells him to find a mirror to Cacao island since that’s where they will be meeting Sanji around 1 AM. Unfortunately, Brulee overhears this and tell her brother on the outside so now he is headed there with Big Mom. 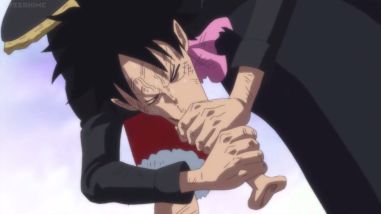 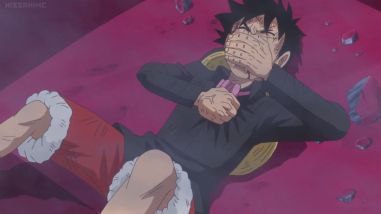 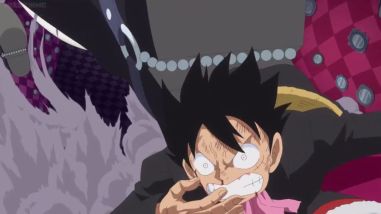 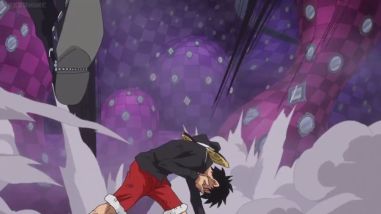 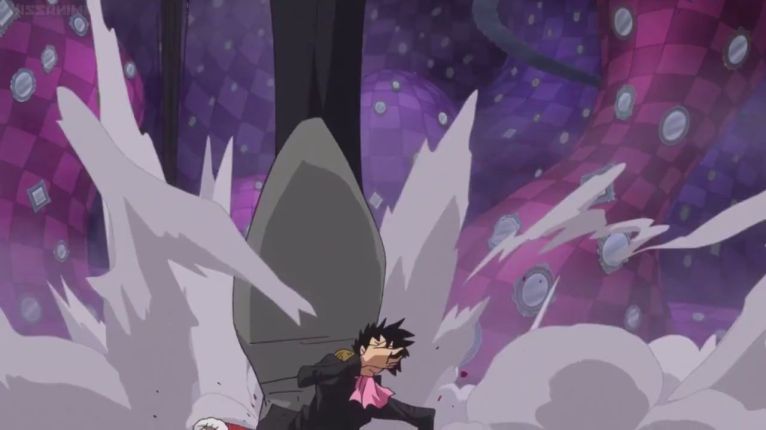 Luffy starts getting beat up in the middle of talking to the crew about the plan. He doesn’t want his crew to worry so he covers his mouth so they can’t hear him crying out in pain. Even though it looks like Luffy is going to die here. When he finally manages to get a second to catch his breath he assures his crew that he’ll be on the island waiting for him. It was nice of Luffy not to want them to worry it shows that Luffy cares about his crew emotional well being. This shows an extra layer to Luffy’s character. Still, don’t know how he’s going to manage to win this fight though. I guess we’ll have to see next week. 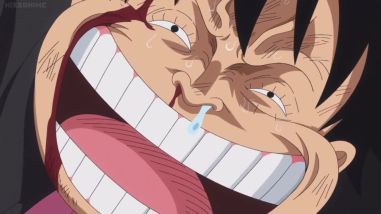 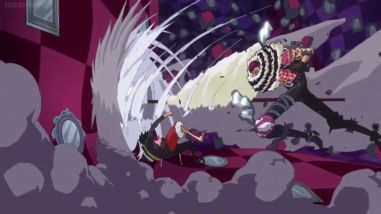 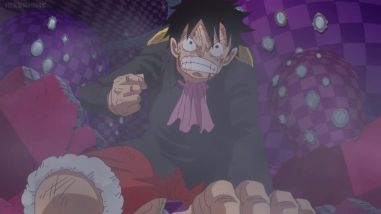 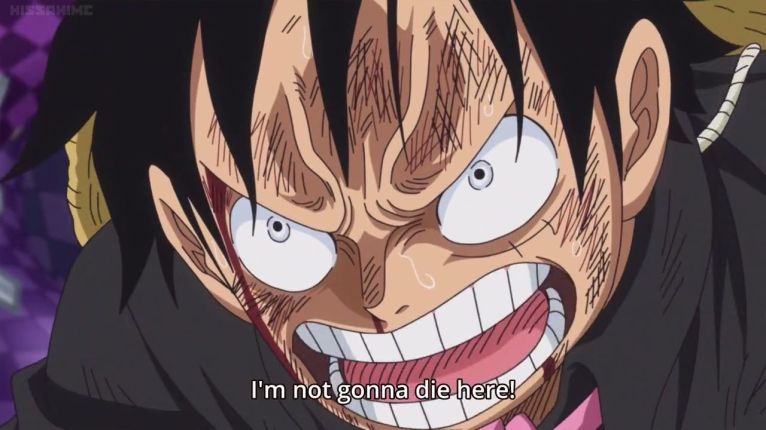