For the first time in 22 weeks, I’ve only watched one new episode of One Piece since my last post. It still feels weird to be all caught up. This is going to be my first review of a singular episode of One Piece. This we week I watched episode 853. This episode didn’t really continue the fight between Katakuri and Luffy. It showed more of what the other Straw Hats were doing. Most importantly it showed off what role Jimbei is going to play on the ship. 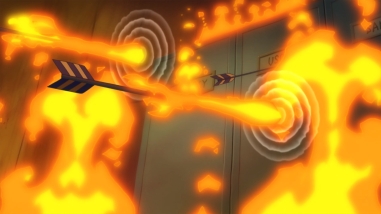 This episode starts off with Brulee and the others in the mirror world shooting flaming arrows through a mirror on the Straw Hats ship. Luffy couldn’t stop them from doing and fight Katakuri at the same time, so he picks up a broken piece of mirror and contact Nami and tells her to break all the mirrors on the ship. Instead of immediately doing what Luffy tells her to do she tells him that he won’t have a way back to them if he does that. Luffy knows this and reassures her that he will find a way back. However, Nami still doesn’t go ahead and destroy the mirrors. This was kind of frustrating it’d be nice if she had just done what she was told. 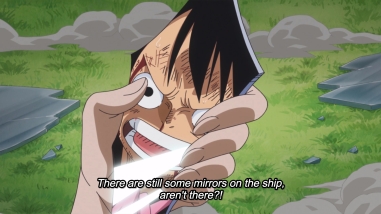 Meanwhile, Sanji is baking the cake that will satisfy Big Mom. We get to see Sanji really in his element. He’s an excellent head chef. He showed off his cooking knowledge and how he is able to make due even if he’s missing ingredients. This impressed the other cooks which led them to compliment Pudding and her husband Sanji. (Don’t if I mentioned this before but Pudding rewrote the memories inside the other cooks to make them think that the wedding was successful.) The compliments got Pudding pretty excited. I think we saw the first ever female nose bleed in One Piece. If I’m wrong about that let me know in the comments down below. 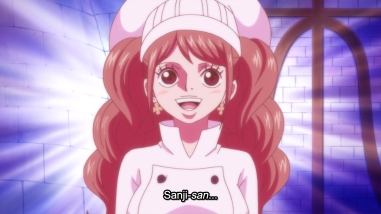 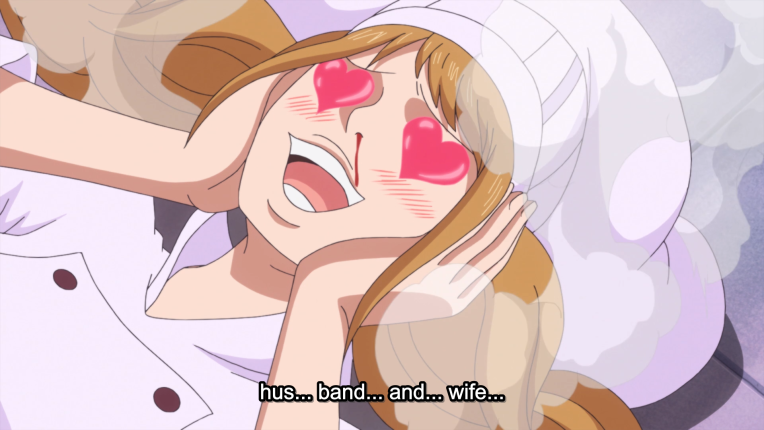 Back on the Straw Hats ship Nami and the others (excluding Jimbei) became scared thinking they were going to die when they saw Big Mom coming for them on top of a giant unavoidable wave. Jimbei gave the crew some quick instructions that would allow him to trim all the sails on the ship single-handedly. 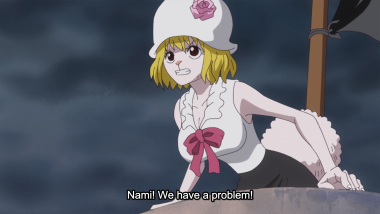 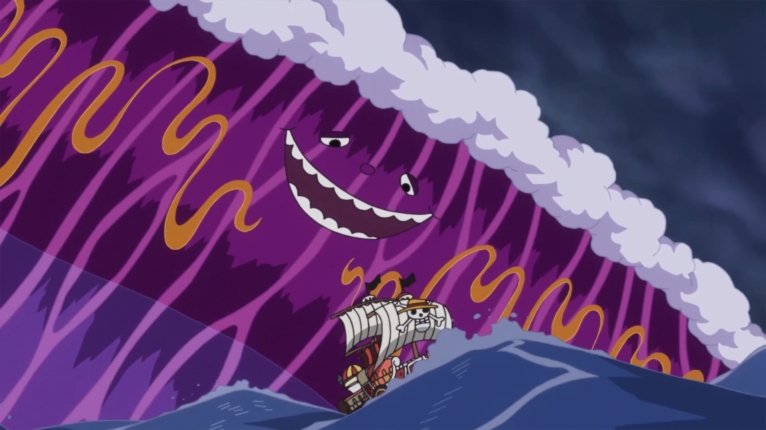 Jimbei proceeded to steer this towards the wave which scared everyone but then he told them that they were about to enter the Green Room. To the rest of the crew’s amazement, they didn’t get swallowed by the wave. The Green Room is a brief “wave room” that forms inside a collapsing wave. Apparently, this is where the children of the Fish-Man Tribe used to play. 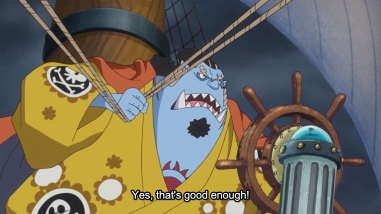 Jimbei showed off his amazing talent as a helmsman. He controlled the ship like it was apart of his own body and safely avoided the massive wave. Jimbei is going to be an awesome helmsman for the Straw Hat crew. I didn’t know what his role was going to be but now it’s abundantly clear. I look forward to seeing more of Jimbei steering the ship. I can’t wait until he shows off his skills while Franky is on board. 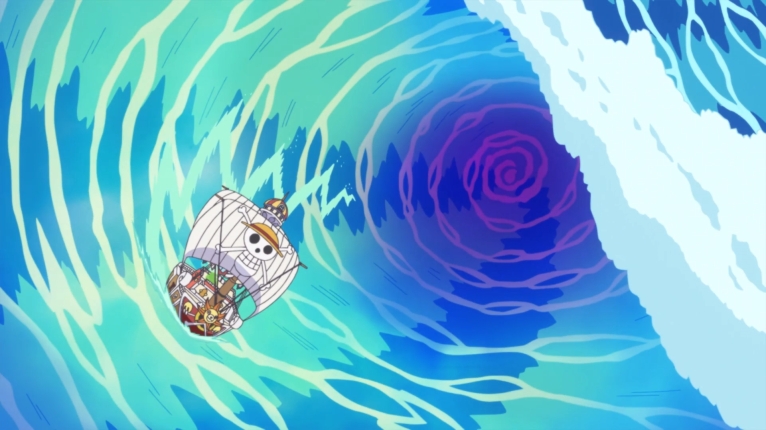 This episode ended with Nami finally breaking the mirror in the ship and informing the others of Luffy’s orders. It was pretty irritating that it took the entire episode for her to follow one simple order. If Zoro had been there he would’ve carried out the order with no hesitation. I can’t wait until Zoro rejoins the story. 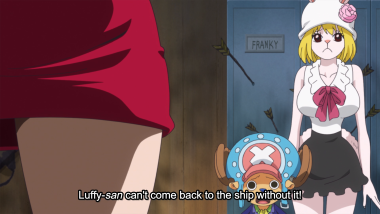 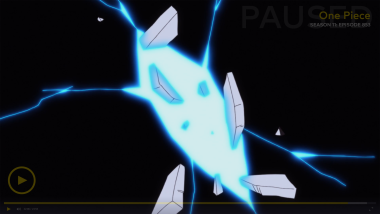 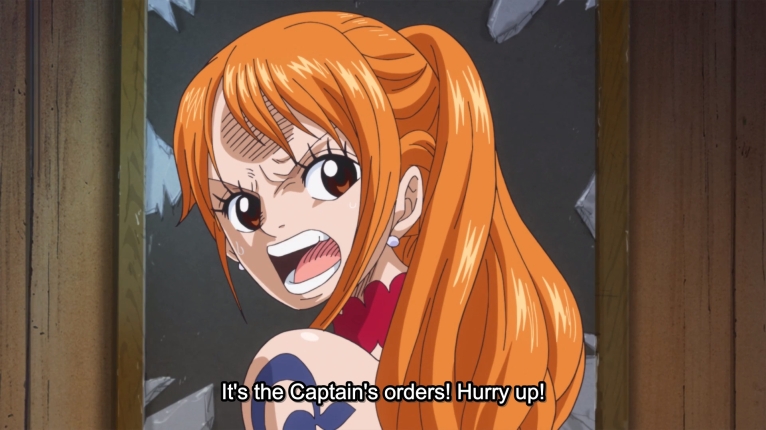 Next week it looks like the Luffy vs Katakuri fight will finally continue. I don’t know what’s going to happen next but I’m sure it’ll be good.