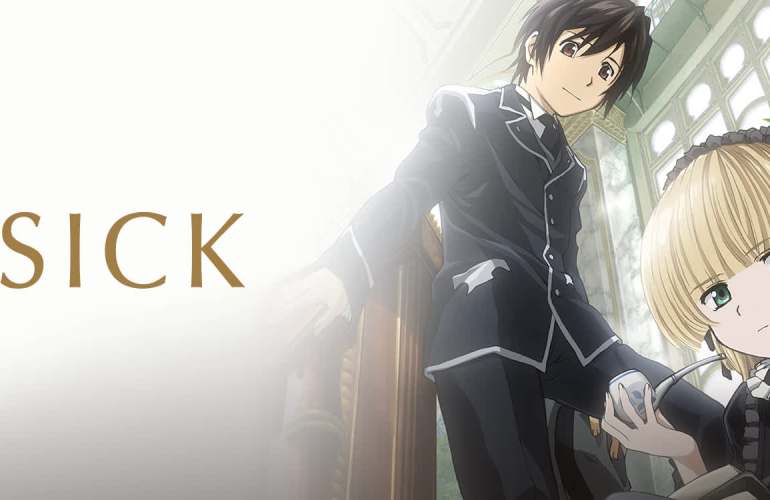 Initial Impressions: Woah. I was not expected to be this hooked after one episode.

This anime took me by surprise. I watched it with the intention of having something to occupy the dead time I have at work sometimes. I watched the first episode and was disappointed when my break was over because I wanted to keep watching it. It has a nice animation style, interesting characters, and the universe it’s set in appeals to me. It’s in an old-timey setting, but with an air of a murder mystery game.

Kazuya is an exchange student from at an elite school for the rich in a fictional European kingdom. The other students call him the Black Reaper. His teacher recommends learning some ghost stories to make friends since that is the nickname they’ve given him. When he goes to the library, he finds a girl at the top of the library in a conservatory. She looks like a doll (at least, that’s the remark that he makes) and is incredibly intelligent and slightly jaded. I like her character immediately.

Upon their first meeting, she predicts that he will come back the next day around noon. His teacher sends him an errand to deliver handouts to her the next day and he’s unsettled to see that her prediction came true. While he’s there, a very strange person comes up and begins talking to her about a murder that happened.

He explains the clues and the doll (whose real name is Victorique) pieces all the clues together immediately and solves the mystery of “who-done-it” in minutes. It was fun to try to puzzle out if the conclusion I came to was the same as hers (it was) and hear her explain things.

The mystery aspect and the chemistry between Victorique and Kazuya really caught my attention and I’m excited to watch the next episodes. I’m hoping the rest of the episodes live up to the hype the first one created for me. If you think it will, leave a comment down below.