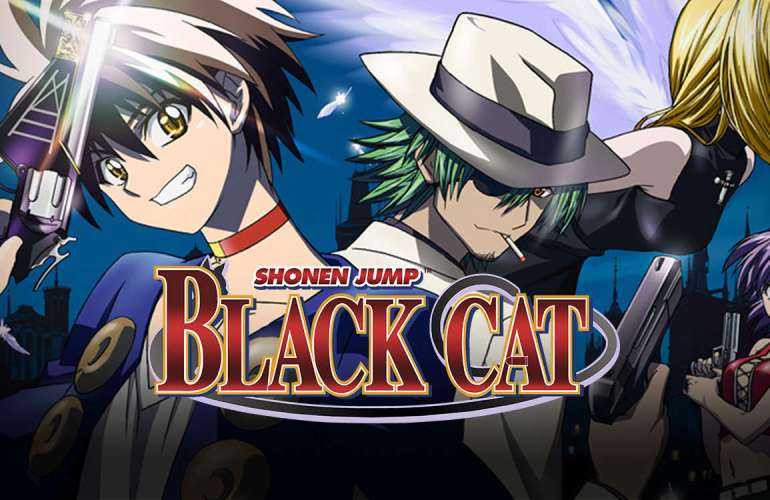 This is the one-liner that is delivered perfectly by the main character, not once, but twice, throughout the episode. He’s dangerous and stealthy and badass and that line seals the deal. Hearing this line was probably the best part of this episode.

From the first episode, we learn that the main character goes by the moniker: Black Cat. He is (predictably) dressed in all black and is extremely agile and efficient at what he does. We also learn that he is an assassin, the thirteenth to be exact, of an elite variety. We get introduced to the term eraser by an old man working at a pawn shop who (predictably) freaks out when he learns that the man standing in front of him ran into him. He then proceeds to deny him service and kick him out of his shop.

The man in the shop is definitely the other main character in this story. Not only does he sport green hair, he is constantly broke, hungry, and smoking cigarettes, as well as a bounty hunter (maybe? This part was unclear) who has a mystical eye that can see into the future. He doesn’t give off the vibe that he’s someone who is going to be disappearing from the storyline any time soon.

Overall the show wasn’t bad. I would just say that I wasn’t very intrigued or pulled in by it. While I could be wrong, the first episode gives off a very predictable vibe that just didn’t grab my attention. In addition to that, the anime originally aired in early 2000’s, so while the graphics aren’t bad, after having watched The Ancient Magus’ Bride, it’s hard to adjust.

This show may be really good, but I’m going to have to get over my Ancient Magus’ anime hangover before I can really see it as that. I might give it another try in the future, but as for right now, I’m done. My anime journey with Black Cat ends here.

Are we making a bad decision here? Should we keep watching? Or are we saving ourselves from anime disappointment? Tell us what you think in the comments section below.

Afterthought: While creating this post, I realized that this show may be better than originally thought. The journey may not come to such a quick end, but tell us what you think.