Verdict: It’s beautiful; if nothing else, it is simply beautiful.

The Ancient Magus’ Bride is one of the few anime where I notice the artwork and detail of the anime. It’s a gorgeous anime and nearly every frame of this show is screenshot and wallpaper worthy. That being said, it’s artwork and detail are not it’s only redeeming qualities.

This anime follows the story of Chise Hatori (pronounce Chee-say). She is a red-headed, green-eyed, fifteen-year-old girl who sells herself at an underground magic auction in the first episode. She is then bought for an astounding amount of money by a mage named Elias. We found out later that Elias is not human. He has human qualities be he is a halfling entity — a dark spirit manifested by the forest. He is extremely tall, well dressed, and has a bone for a head. He buys Chise because she has a rare trait that allows her to draw in incredible amounts of magical power, however, this also makes her body frail. This is important to note because one of the only downsides of this anime results from Chise’s frailness and portrayed brushes with death. However, Elias buys her because of this trait she has, to not only teach her magic but for her to become his bride, hence the title. 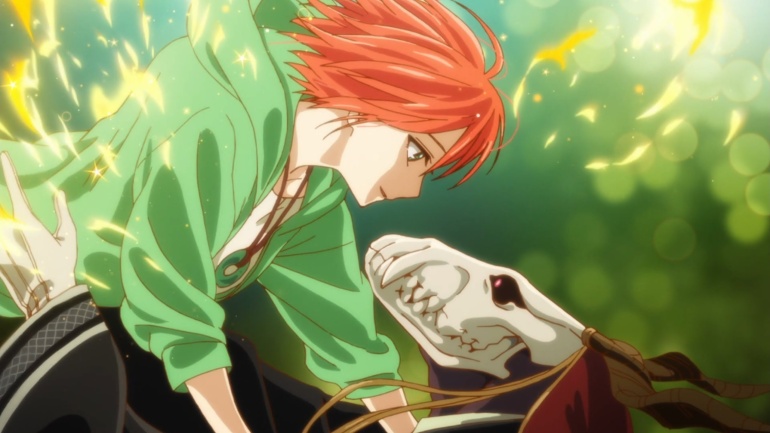 The story progresses slowly and quickly all at the same time. There is effort put into the fine details of the visual aspect (such as Chise’s hair growing and her constant change of outfits), and a certain subtleness and flow to the story that makes it fun and relaxing to watch, but it also has action and high stakes at certain points. This anime had a 24 episode run, and we learn a lot about these characters in that time. Chise has had a hard life up until this point, which is evident in that she sold herself to the highest bidder at the age of fifteen. Ancient Magus’ Bride follows her story as she grows and overcomes her past and becomes someone who wants to not only live but be a part of the world she’s in. She learns magic, she makes friends, and ultimately she finds a home.

And though she is the main character, she is not the only one who has a back story and grows throughout the series. Elias, while he has lived for centuries, is still very much a child in many ways. He learns from Chise about humans and their emotions, as she learns from him, magic. They learn from each other and about each other. Their dynamic is very interesting to watch. There is also Ruth, Silver, Angelica, Alice, Cartaphilus and more; all of these people are well-developed and integral parts of the story.

The great thing about this anime is that there is so much to explore. The characters have a lot of depth to them and it’s easy to tell that there is more to them than what we’re able to glean from the anime. The magic in this world is incredible and it’s another thing that is just barely touched on, on the surface. There are dragons and fairies and familiars and centaurs and monsters of all types in this show. So much could be explained about these, but the story only lightly touches on it. The world this show is in, is also vast enough to include alchemists and witches; the world doesn’t just stop at mages. 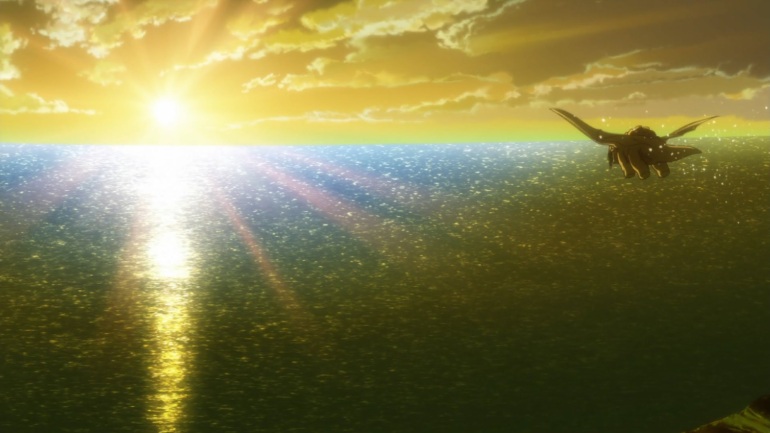 From the title of this anime, you would think it would be a love story. I don’t think it can really be simplified to that. This story is about finding yourself. About finding and being happy. About finding a home. This story is about living life even when it’s hard and uncomfortable and painful. Chise has a myriad of scars and problems she must face, but that’s just it, she must face them. We follow her on her journey to find her want and will to live as she learns magic and creates a home with Elias and battles her inner and outer demons. Yes, there is love involved, but it’s not what this anime is mainly about. 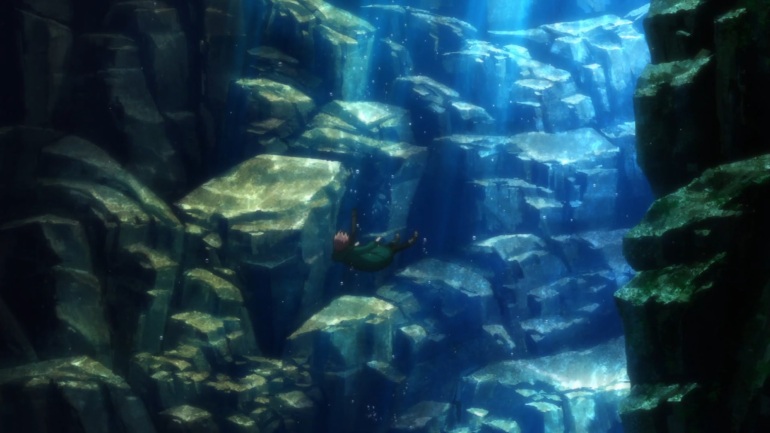 I would highly recommend this anime to anyone who has lived life long enough to know that roses don’t bloom in every garden. Not only is it beautiful to look at, it’s got a solid story beneath the stunning artwork. It is most certainly something you’ll want to watch. 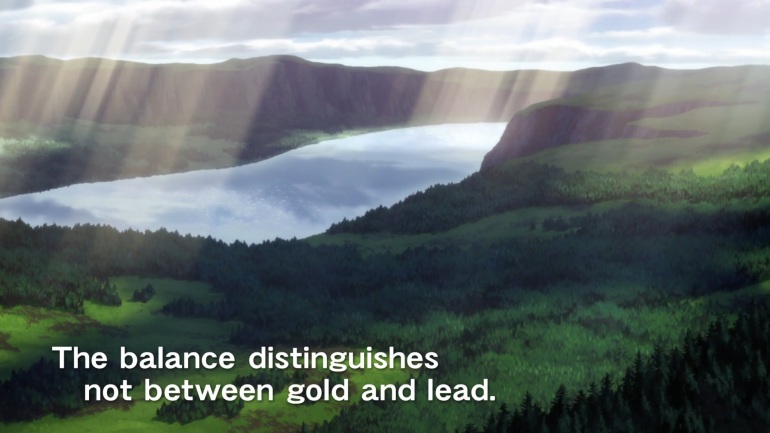 If you’ve seen Ancient Magus’ Bride, or want to, leave us a comment down below.

2 thoughts on “I’d Rather Review | The Ancient Magus’ Bride”