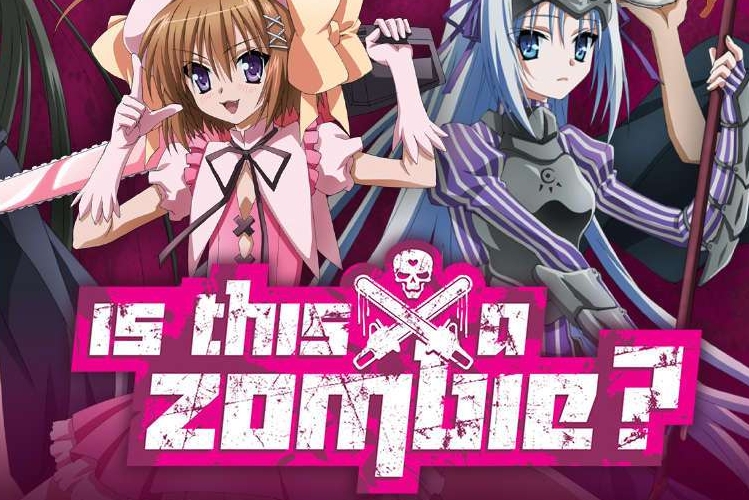 Verdict: It’s funnier and more risqué in English, but both versions are great.

Is This a Zombie? is an anime that is unique. You have a main character that dies in the first episode. Obviously, with the title of the anime, you expect someone to be dead, so no shocker there. However, that’s just the tip of the anime iceberg. Ayamu is a zombie, turned one by an adorable necromancer, and is constantly bombarded by monsters he must fight, as well as superpowered females who argue their way into his life and his home.

And, let’s just go ahead and state this: Ayamu is a pervert.

His best friend is an even bigger one.

The dynamic these too have as the series progresses is one of a true broship (is that a thing? Don’t know, it is now) and it’s hilarious to watch them interact with the girls. The first season is bomb, a solid anime. The second season is… eh. It’s cute and fun to watch but it opens a lot of doors and doesn’t close any of them. If you need your anime wrapped up in a neat bow at the end, forego the second season. It’s more like DVD extras than anything else; but if you love the characters and want to see more, the second season is for you.

This anime proved to be unique to us, because we don’t speak or, more importantly, read Japanese. One of the characters in this anime is nonverbal and relies on writing to communicate. You miss a lot of important info if you choose to watch this dubbed alone because (on the service we use) there’s no translation provided. The conundrum is, this show is leaps and bounds funnier in English (to us). So we had to have the subbed version (with the translation) going at the same time as the dub. It was an interesting situation trying to get them timed perfectly to sync.

All in all, it’s a good show and worth a watch. It’s funny with cute and unique characters. The second season is a bit aimless, but it doesn’t detract from the show overall. If you’ve seen it, feel free to leave a comment below and let us know.