So, we’ve put together a list of our favorite Top 10 Anime. This list is our go-to list of anime that we love and would recommend to people without any hesitation. Each anime is unique, and interesting. They grab you from the first episode and keep your attention till the very end. They have well-developed plots, good animation, interesting and well-rounded characters, and an air of excitement that makes you want to watch the next episode.

Disclaimer: These are anime that we love. If you don’t, that’s cool. This list is not in any particular order. That being said, let’s get started.

1. Akame Ga Kill
The badass girl with a sword. This show is so much more than that, but at the end of the day, that’s what it boils down to. Akame is the one hit killer and with her team of assassins, they work together to take down the corrupt government of the world they live in. This series has the best first episode of any anime we’ve watched, the ending is unexpected, every episode is full of action, and you will definitely want to watch it again as soon as it’s over. This is our go-to 5 star anime. It’s a bit mature (Kill is in the name after all) but if you can stomach a bit of gore, go watch this now!

2. Assassination Classroom
The target trains the assassins on how to kill him. This show is all about a teacher who is threatening to blow up the planet unless a class of below average achievers can learn to be assassins and kill him. Nagisa is a beast and is the kind of character who constantly surprises you and keeps you hype about what he’s going to do next. This anime is the kind that you watch over and over again and reference later. It has characters that are more than what they seem at first and a teacher who is full of complications. Definitely worth the watch.

3. Black Butler
Sebastian is simply one hell of a butler. Literally. A demon who is summoned by a child becomes a butler to help this child achieve his revenge in exchange for his soul. Their interactions are priceless and Sebastian will make you want a butler of your own (without the selling of your soul thing. Or maybe with it; just depends on what you’re into) so that you too can have “one hell of a butler”. This anime will have you glued to your seat and binge watching it without even realizing that’s what you’re doing.

4. Full Metal Alchemist: Brotherhood
The law of equivalent exchange: you cannot have one thing without first giving up another. This anime is centered around it, and you’ll be quoting it to everyone when you’re done. There are two versions of this anime, but Brotherhood takes the cake, eats it, buys some ice cream, and eats that too. It follows the story of Alphonse and Edward Elric as they try to reclaim what they lost in an equivalent exchange when an alchemy experiment goes wrong. They have fun adventures and it tells a story that will keep your eyes glued to the screen and is full of unexpected twists that will have you laughing, crying, binging, and rewatching this for a long time.

5. Yu Yu Hakusho
In the first episode, the main character dies. Let’s just be honest, when that happens, it usually means you’re in for a great anime. Yusuke Urameshi is a rough teenager who goes around beating kids up. He dies by accident trying to do something good, so he gets sent back, but as a spirit detective to do some actual good. He makes some really cool friends (human and demon) and goes on some wild adventures. This is a classic anime (aired in the late 90’s early 2000’s) so the animation is indicative of it’s age but the story is SO GOOD it won’t even matter. You’ll rewatch it several times over and love every second of the action; it has the best tournament arc of any anime we’ve watched. This anime has a good mix of action and story line, and the main character isn’t the ONLY person with a story, which is nice. The anime is well rounded and just… go watch it. You’ll see what I mean. 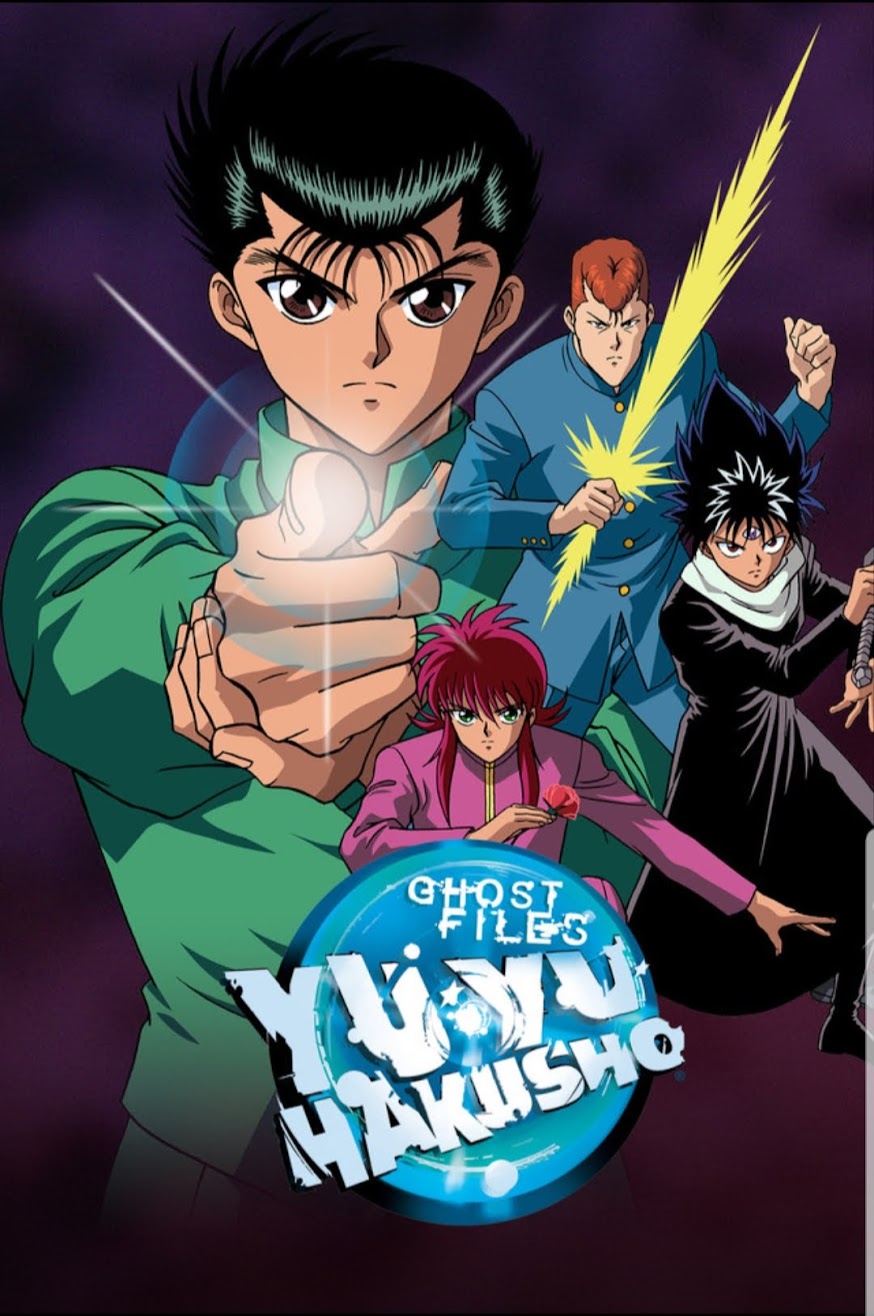 6. Hunter X Hunter
From the same man who created Yu Yu Hakusho, Hunter X Hunter follows the story of Gon. His dad drops him off as a kid and goes to live his life of adventure. When Gon grows up, he vows to become a Hunter like his father. This anime follows Gon as he tries to become a Hunter and find his father. His best friend is badass and they grow in strength together. This anime has a really good plot line, with plenty of action. The characters all have their own back stories and unique traits that matter and the action is wonderful. This anime is subbed and dubbed, but there is a 2014 version that is condensed and includes an ending. All the versions are really good, to be honest, so whichever version you go for, you’re winning if you watch it.

7. Dragon Ball Z
Goku is the star of this show. It doesn’t matter if he is dead or alive, he will always save the day. There isn’t much to be said about Dragon Ball Z that most don’t already know. This anime is the sequel to Dragon Ball and follows Goku and his friends as they fight more enemies, go on more adventures, have kids, save the world, travel to different planets and fight there too. This anime is full of action that will have you waiting for “the next big move” and keep you rooting for the characters. The Dragon Balls are for making wishes and are super powerful. If you’ve never seen Dragon Ball, Dragon Ball Z, or Dragon Ball Super, it’s definitely an anime franchise worth getting into. You’ll spend a lot of time on it, but you won’t be disappointed.

8. No Game No Life
Their names are blank and they are the ultimate masters of the games they play. A brother and sister duo obsessed with playing games, they never lose. Being bored with the real world, a mysterious invite transports them to another world where things are decided by a game. The anime follows them as they navigate the new world, meet a princess, and play the games that they are unbeatable at. This anime is short, so you will definitely binge watch it. Every episode keeps your mind going about how they’re playing the game and if they’ll come out on top. It’s an anime that is beautifully drawn and designed, and the plot is well thought out. You’ll watch it, love it, then wait anxiously with us as we wait for another season.

9. Sword Art Online
This anime follows Kazuto Kirigaya, known simply as Kirito, after he logs into an online virtual world and is unable to log out. He works his way up the ranks of the game, and makes a name for himself by remaining a solo player. This anime follows his story as he levels up, meets new people, and works to find a way out of the game he’s been trapped in. There is a perfect mix of action and story line with strong female characters and really cool skills. There is a second season of Sword Art Online (SAO) that is called Gun Gale Online (officially SAO 2, but whatever), but the first season is where you’ll fall in love with Kirito and his friends. Go watch it.

10. One Piece
This anime will never end. It first aired in 1999 and a new episode still comes out every week. This anime is well known and follows Luffy as he tries to become the pirate king. You need endurance if you’re going to watch this, but it is worth the amount of time it’s going to take to watch it. The episodes are fun to watch, the animation improves greatly over time, the characters grow a little with each arc, and it’s a fun anime. Luffy is very kid-like and simple-minded, but he has a big heart and a ton of strength after eating a fruit that gives him special powers. He’s the type of person who makes people want to follow him. As he builds his crew and sets sail, you’ll feel like you want to be a pirate and join his crew too. His friends are diverse, and funny, and a bit predictable at times, but the fights and their interactions with people are not. If you’re jumping into this for the first time, begin at your own risk and time. Welcome aboard!

What are your thoughts? If you want more information (episode count, sub/dub, etc.), take a look at our full anime list. If you feel like it, leave a comment, but we’re sure you’d rather just anime.